Posted on December 22, 2018 by medicalquestionsandanswers.info

In brief, one of the workers in the Bupa Aged Care Home at Seaforth, NSW, was filmed assaulting one of it’s residents over a period of four days – see this media item.

The camera that did the filming was apparently installed by David Nabulsi’s daughter – if it had been installed by Bupa, they would have stopped the filming after the first five minutes, and/or destroyed any films as soon as they could.

So what would be the chances of the Bupa organisation at any level, either at it’s Seaforth place or it’s head office, responding with anything helpful about this incident. Absolutely nil! 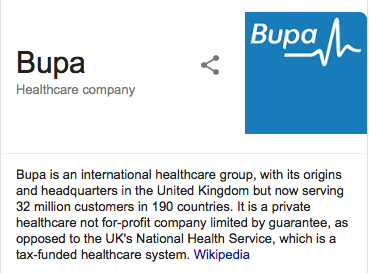 Bupa would be like Ramsay Health Care, that other similar organisation – totally resistant to any efforts to make any of it’s people responsible.

We are constantly advising our readers to avoid like the plague organisations which don’t have ordinary email addresses that can be used to seek indications that anyone within them cares – which neither Bupa or Ramsay has. But we believe that it will gradually happen – that unless Bupa or Ramsay change, that at some time in the future they won’t be getting any patients if they continue with their 2018 ways. Unfortunately, that may well be as long as 10 years away.