Posted on October 28, 2018 by medicalquestionsandanswers.info

The following was sent to Ms Sue Dawson, the NSW Health Care Complaints Commissioner, on 19 Oct. 2018 – 10 days ago. 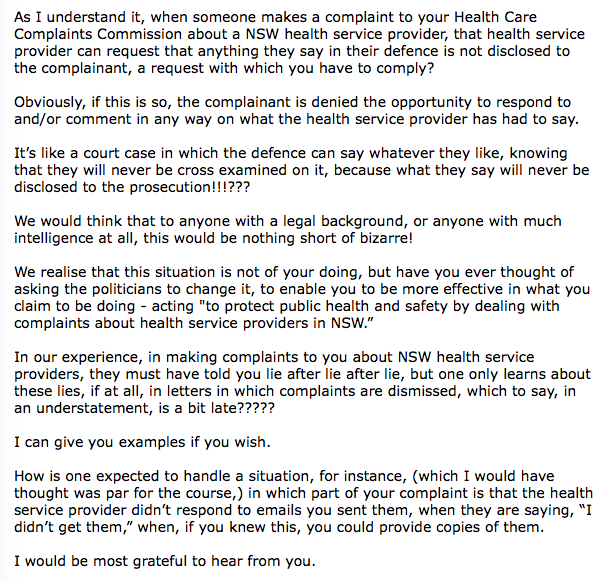 And if you don’t believe that what she and her people are all about is dismissing complaints, as we’ve mentioned in this previous blog, in the last 4 months, (now 4 months and 10 days,) Ms Dawson and her people had only found one doctor to have done not a very good job, and he was retired anyway!!!!???? You would guess that they would have concluded their investigations into complaints against 20 to 30 to 40 doctors during that time, (perhaps Ms Dawson and her people could tell us how many,) and all the others were dismissed!!!!????

Are people that stupid that they keep making complaints about doctors when they have no basis for them? Or are Ms Dawson and her people the ones who are stupid?